Please sign in
The Duotone Team Series is designed for riders looking to progress and win competitions. Using the most advanced techniques and made from high quality materials, the Team Series offers explosive pop and a lot of grip to learn the latest freestyle tricks! 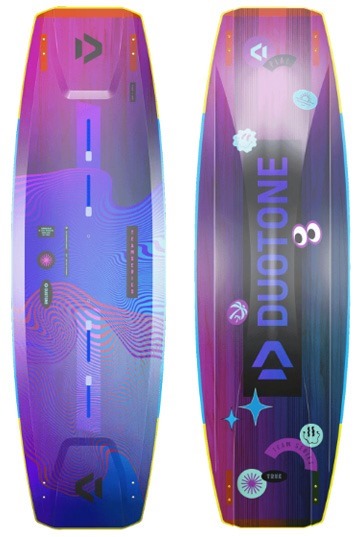 Intro The Duotone Team Series is designed for riders looking to progress and win competitions. Using the most advanced techniques and made from high quality materials, the Team Series offers explosive pop and a lot of grip to learn the latest freestyle tricks!

The Duotone Team Series 2023 is the choice of the likes of Mikaili Sol, Stefan Spiessberger and many more World Tour pro riders. If freestyle and wakestyle is what you get on the water for, then you must have the Team Series in your quiver! The Team Series comes with next level performance such as super grip, explosive pop and great upwind properties. You can trust the Team Series blindly and push yourself to the max. Compared to the Team Series SLS, this one is a bit more forgivable. The Team Series has a hard to medium flex for an explosive push-off and the most comfortable ride possible.

The Duotone Team Series 2023 is made with a premium construction. A 45 degree bi-carbon layer under the bindings provides maximum durability and emphasizes huge grip and pop - even without fins. To get more torsional stiffness, Carbon Web has been used. The advantage of this is that you get more control and the kiteboard becomes super robust and durable. The Absorbent Flex tips of the Duotone Team Series ensure that with too little power the kiteboard remains as flat as possible for fast planning. If you are overpowered, the tip bends and provides more control and stability. The flex tips absorb shocks and make landings as soft as possible. The suspension Flex Cap ensures that your boots sit flatter on the kiteboard, giving you that extra bit of control. Thanks to the suspension Flex Cap, the energy released during landings is absorbed by the kiteboard and not by the knees. In addition, reverse flex during landings is also eliminated.

At the bottom of the Duotone Team Series 2023, a Single Diffuser bottom has been used that drains the water through a central concave directly to the tip channels. This makes landings smoother and gives you more control at high speeds. There are mega channels on the rails, so that the Team Series has enormous grip. Thanks to the grind base, you can effortlessly cross obstacles or sandbanks with the Team series, without damaging the kiteboard. 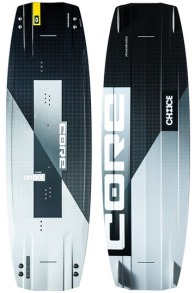 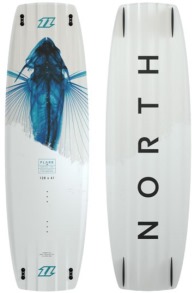 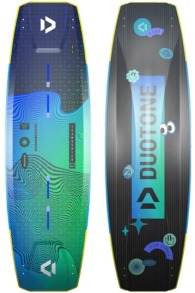