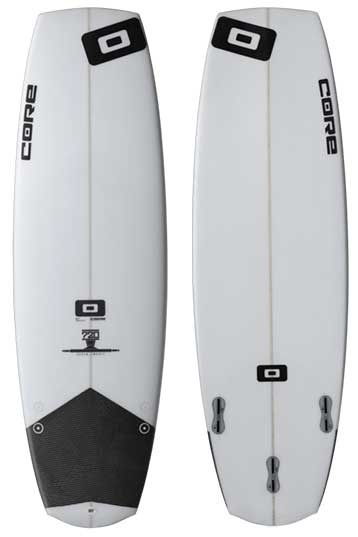 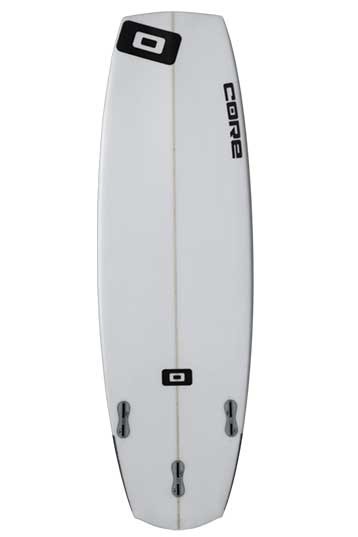 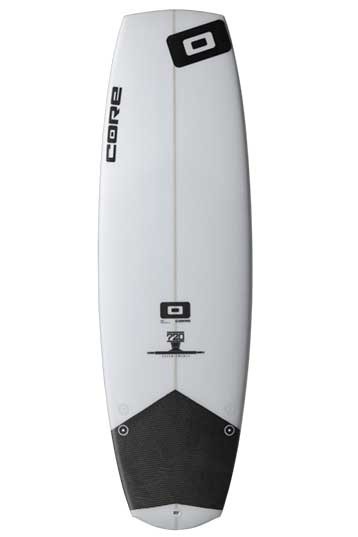 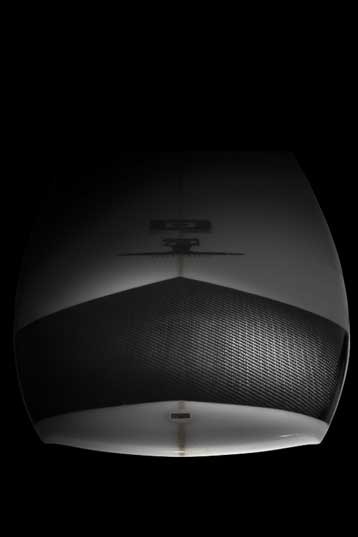 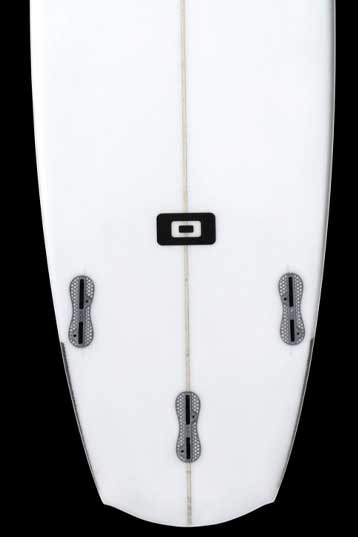 Push your limits with strapless freestyle or turn the Core 720 into your new secret weapon for days with less wind!

The Core 720 is the newest addition to Core"s surfboard range. Purely for strapless freestyle. Even a messy beach break now becomes one of your favorite conditions. The small chop and waves offer you the excellent kickers to practise your first jumps and turns. The short and compact shape of the Core 720 ensures that the 720 has a "glued" feeling on your feet. Due to the flat rocker the 720 needs little wind to build up speed, before you know it the Core 720 surfboard will also be your secret light wind weapon.

The Core 720 directional has been designed in Germany and shaped in Portugal by the best shapers in Europe. The Core 720 kitesurf directional has a Polyurethane "closed-foam" core, this is a core that does not absorb water and that the Core shapers can precisely shape to the correct shape. The fiberglass construction gives you the perfect flex and stiffness. Thanks to the ultra compact shape of the Core 720 you can easily ride fins first and you are very agile. There is a double concave in the bottom of the 720 surfboard that easily sails through choppy water and has a grip in all circumstances. A number of channels in the nose have been added for when you have to ride or land fakie. In the back you see a round "winger" shape. These wingers provide improved sales on the water when you want to fly with your kite and the Core 720! The Core 720 directional uses an FCS II thruster vin setup. With a thruster setup you have control and you remain agile. Core has designed the 720 with only one goal, and that is strapless freestyle. With the 720 strapless freestyle is accessible for everyone and you get even more pleasure from messy surf!