Please sign in
The Core Nexus 3 kite is the absolute all-rounder and performs extremely well in every kitesurfing discipline: whether freeride, big air, freestyle, wave or foil - with the Core Nexus 3 there are no limits. Thanks to the new Core Tex 2 fabric and the new Exo Tex 2 Dacron, the Nexus 3 has even more stability without having lost its allround character and quick turning abilities. 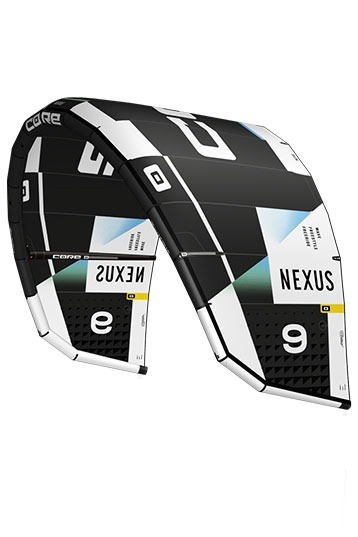 Intro The Core Nexus 3 kite is the absolute all-rounder and performs extremely well in every kitesurfing discipline: whether freeride, big air, freestyle, wave or foil - with the Core Nexus 3 there are no limits. Thanks to the new Core Tex 2 fabric and the new Exo Tex 2 Dacron, the Nexus 3 has even more stability without having lost its allround character and quick turning abilities.

The Core Nexus kite has become one of the most popular kites over the years - not only at Core Kiteboarding but also at many kitesurfing spots we go to - and that’s for a good reason. The Core Nexus is the perfect all-round kite that excels in every discipline. Relaxed freeriding, juicy big air session, unhooked freestyle tricks, chasing the next wave or on light wind days with the foil - the Nexus 3 offers you maximum time and fun on the water!

Since the Nexus 2 was already so popular, the question is what can be changed and improved on such a good kite, but Core has developed the kite a lot further. However, the original Nexus character remains intact. This means that the kite is still accessible to everyone, is fun in all disciplines, is easy to relaunch, turn and has direct steering. So, what's new? Core has used two new materials in the Nexus 3: the Core Tex 2 flight cloth, which was already used in the XR7, and the completely new Exo Tex 2 Dacron, which is used for the first time. The Core Tex 2 canopy is much stiffer, especially due to a completely new coating. This means that the kite is much more stable in the sky. The Exo Tex 2 Dacron is the next step from the previous Dacrons used by Core. Exo Tex 2 is significantly more tear-resistant - up to 80% compared to the Nexus 2. The new Exo Tex 2 is also stiffer. This gives the Nexus 3 an even more solid and stable frame. This further increases flight stability. Slight adjustments were made to the leading edge and the bridle lines so that the Nexus 3 remains agile and fast in response. The manoeuvrability has been maintained, which makes the Nexus 3 a very good kite in waves and on the foil. So, Core was able to improve the Nexus 3 significantly without sacrificing performance in the other areas.

A big plus of the Nexus 3 is the accessibility of the kite: everyone can have fun with this kite! It doesn't matter whether you're just starting your kite career, pulling kite loops or landing freestyle handle passes. For beginners, the Nexus 3 offers a fast relaunch and easy handling combined with high versatility. No matter which direction you want to go later - the Nexus 3 will not disappoint you.

The Core Nexus 3 has various trim options. The kite is already really fun in all disciplines in the standard setting. In addition, you can choose two other trim options. The CIT - Core Intelligent Trim Options increase the variety even further, as you can choose between the Wave, Freeride and Freestyle setting. You can also adjust the bar pressure using the attachment points on the steering lines. So, you can adapt the Nexus 3 to your needs.

With the Nexus 3, Core has taken another significant step forward and further improved the already very good all-round kite - new, better materials, higher flight stability and robustness, great versatility and easy handling for beginners to professionals - no wonder that the Nexus kite over has become such a popular kite over the years and the Nexus 3 is no exception! 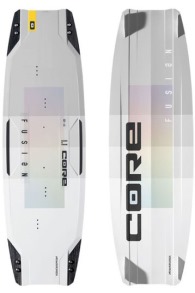 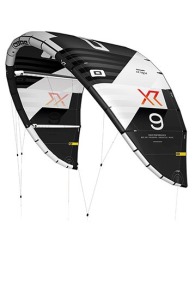