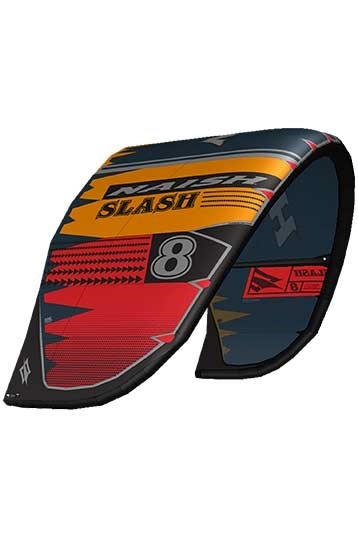 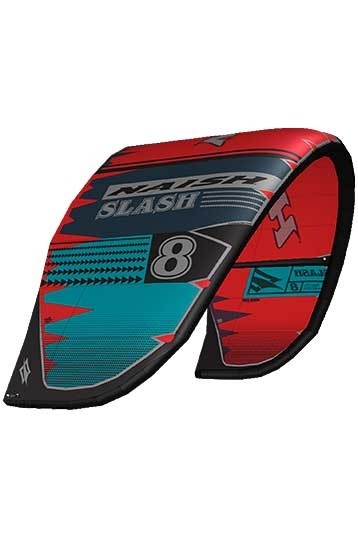 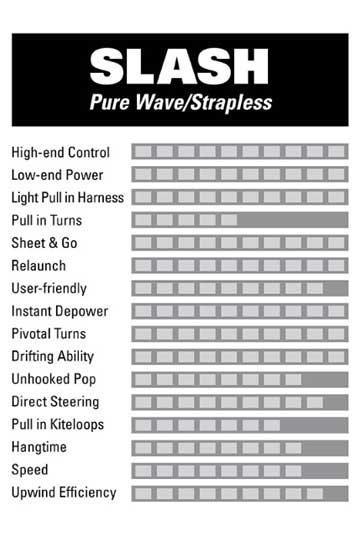 The Naish Slash is for the dedicated wave surfing kite surfer who wants to challenge all conditions. The Naish Slash gives you a light bar pressure with a lot of depower and a quick relaunch for never ending surfing sessions!

Robby Naish himself is a very dedicated wave kitesurfer (and windsurfer), so the Slash could not disappear from Naish's 2020 kitesurf collection. For years the favorite of many wave ride kite surfers. The Naish Slash has a super nice drift while riding the wave so can continue to follow the wave where ever it takes you. In addition, the Slash steers direct and fast so that you can always position the 2020 Slash in the perfect place in the wind window.

Of course, the Naish Slash also has the strongest kite surf canopy on the market in 2020, the Quad-Tex. By using Quad-Tex as a canopy for the Naish Slash, the Slash is super responsive, can take a beating and the Slash will not feel like an old kite quickly. An additional advantage of the Quad Tex is that less heavy dacron has to be used, making the Slash also a light kite with a wonderful drift.

The Naish Slash 2020 can be classified as a bow / sle kitesurf profile. The thickness of the leading edge tapers to the wing tips, which ensures the fast steering speed. On the trailing edge you can see the characteristic shark teeth. The tips of the shark teeth trailing edge ensure that the canvas does not flap so that the Slash is stable in the air. The bar pressure of the Slash is light to ensure that you don't get exhausted quickly during an epic surfing session.