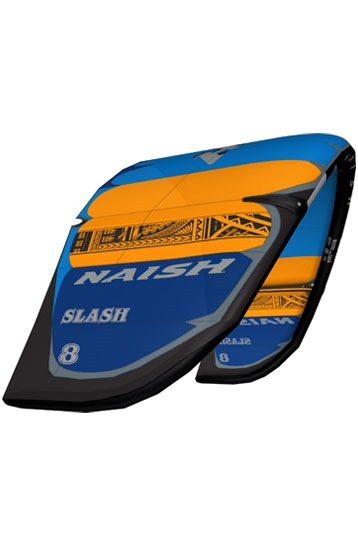 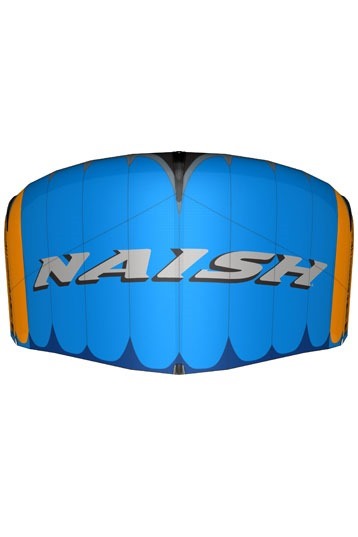 The Naish Slash 2021 was developed by Naish to do nothing but slaughter waves all day long. Great down the line drift and an average pull through the turns. So suitable for both the strapped and strapless directional kite surfer.

The Naish Slash is the pure 100% surf dedicated kite from Naish. You understand that if you live in Hawaii, like Robby Naish, you need a super good wave kite. So there is no lack of development and enthusiasm when designing this Naish Slash 2021.

Kite surfing waves equals crashes. The Naish Slash 2021 is made from the strongest and stiffest canopy on the market, QuadTex. In addition, the Slash is extra reinforced on important points with bumpers, dacron and armid patches. The Nash Slash 2021 can take a beating! The Slash 2021 also has a very fast relaunch thanks to the shape and the anti-stition window, so your Slash will be back in the air before you know it when you are swimming between the waves. You will notice the characteristic "shark teeth" on the trailing edge. This shark teeth trailing edge counteracts the fluttering of the Slash, making the Slash super stable in the air.

Just like last year, the Naish Slash 2021 has the one-pump SUP inflate valve, which is nice and fast to inflate. The diagonal seam in the canvas of the Slash 2021 has also been retained because the power is better distributed over the kite and the Slash feels super balanced. All in all, a kite that will make the directional kitesurfer super happy!