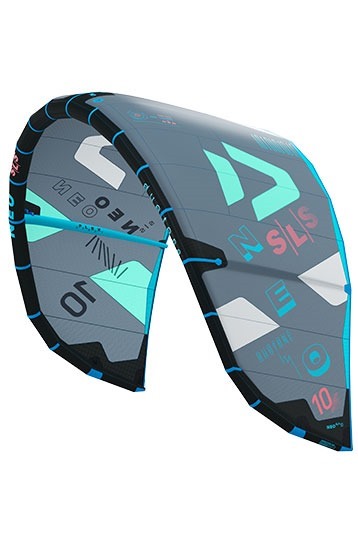 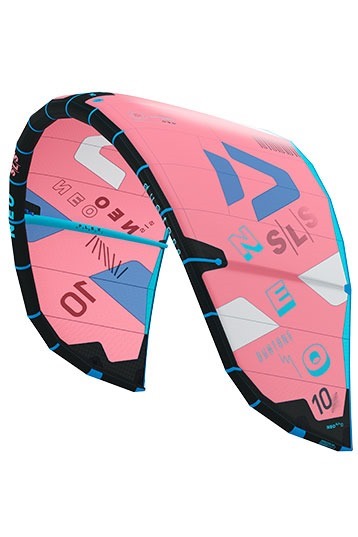 All prices to United States are ex. VAT

It is clear that the introduction of the Duotone Neo SLS last year was a huge success! It is therefore no surprise that after the Neo SLS many other Duotone kite models followed in SLS construction. And we are certainly not surprised that a Neo SLS is in the line-up for the 2022 Dutone kitesurf range.

The Duotone Neo 2022 SLS is a powerful wave kite with a super light, but strong construction. A lighter Neo SLS flies with less wind and has better drift than the normal Neo. The light and strong construction of the Duotone Neo SLS is the result of the heavy dacron material on the leading edge being replaced by lighter, stronger and stiffer Penta TX material. As a result, the Neo SLS is 15% lighter than a normal Duotone Neo. Not only is the leading edge made of a different material, the struts of the Neo SLS are made extra flexible to allow the Neo SLS to steer extremely quickly. This has created a super playful and direct Duotone Neo SLS 2022, so that you can always position the Neo SLS 2022 exactly where you want to make the most of the wave and rip endlessly!
Besides that the Neo SLS 2022 is in the base designed for wave, the Neo SLS is also very nice on the hydrofoil. With a fast downloop you can easily stand on your foil with little wind and because of the light weight the Neo SLS drifts effortlessly with you when you are hydrofoiling a little more downwind.

The Neo SLS is a real upgrade compared to a normal Duotone Neo. But of course there are also a number of similarities to preserve the true nature of the Neo. The Neo SLS is also made of the exclusive Duotone Trinty TX canopy. And the Neo SLS 2022 has the double V pigtails that ensure an even power distribution to the canvas. Also, the Neo SLS has taken over the lightweight trailing edge.

In short, the Duotone Neo SLS 2022 is the perfect kite for the demanding wave rider who is looking for a powerful kite with a light weight, fast steering behavior and good drift. The Neo SLS 2022 gives you the performance you need on your directional and hydrofoil!

The wind range and stability is amazing, insane turning speed and so stable! It drifts and seems to just hang in the sky! I won’t ride anything else.