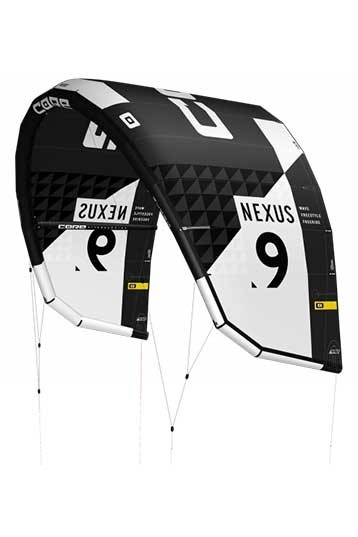 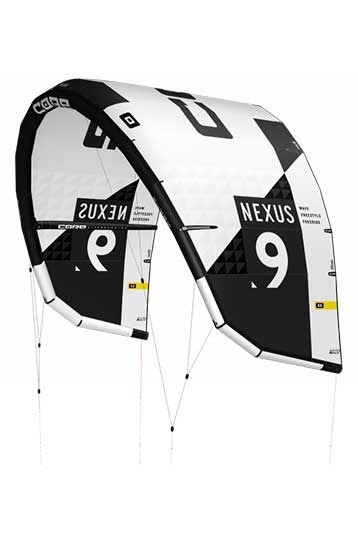 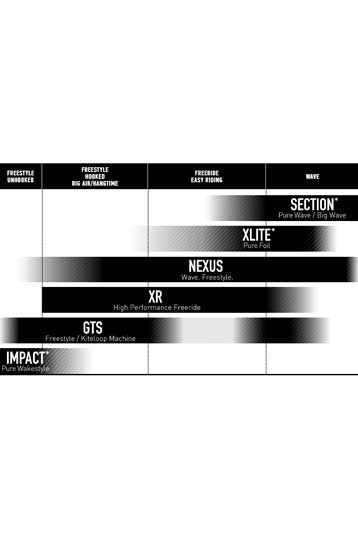 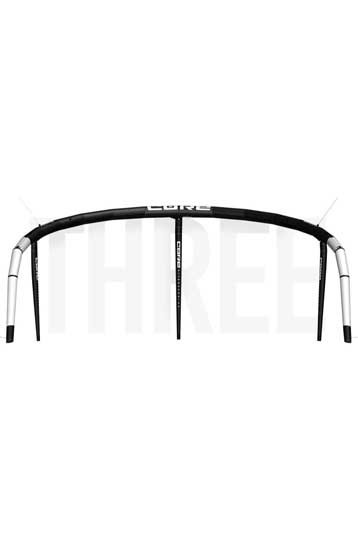 The new Nexus 2 kite from Core is the perfect kite if you do not want to decide between different styles. Thanks to the Core CIT system, you can easily adapt the kite to all conditions. Whether you want to rides wave, do freestyle or freeride - the Core Nexus 2 does it all!

All prices to United States are ex. VAT

Are you looking for a kite that can do it all? Then you can stop searching now, because the Core Nexus 2 is perfect for you! Whether you want to have a great wave session, cruise on your twintip or throw some awesome freestyle tricks, the Core Nexus 2 can do it all. Thanks to the three different CIT (Core Intelligent Trim System) positions that are on the kite, you can easily adapt your Core Nexus 2 to your riding style and the conditions on that day. With the Nexus 2 you are prepared for the unexpected!

The Nexus 2 has a future-C shape that you can see in the GTS kite and a surf profile like in the Section kite. In combination with the three strut design the Nexus 2 has a perfect drift and a great depower. The kite turns super-fast and is really easy and fast to relaunch. This makes the Nexus 2 a great kite for waves, but also for all other riders. Thanks to the specially adapted wider tips, the Nexus 2 is super easy to control and reacts super-fast. This makes the Core Nexus 2 a great kite for beginners.

The Nexus 2 is super light thanks to the new ExoTex Ultra Rigid Dacron which is used in the struts. Thanks to this new material, the Nexus 2 drifts even better and turns even faster. Core has chosen to build the Nexus 2 with the super-strong CoreTex Triple Ripstop Canopy. The material is not only super strong, but also tear-resistant, UV resistant and has a long lifespan. You get a super direct bar feeling thanks to the super short bridles. The Nexus 2 reacts so fast that it seems as if the kite can read your mind.

The Nexus 2 kite uses a CIT system. This makes it very easy to adapt your kite to the conditions that you experience at that time. There are three different modes on which you can adjust the kite, namely wave, allround and freestyle.

Wave mode
If you set the Nexus 2 on wave mode, the kite becomes a bit faster, so you can shred over the waves. The kite gets a very good drift which is very important especially in on-shore conditions. The depower of the Nexus 2 also increases, so that you are not pulled off your directional surfboard.

Allround mode
When you take the Core Nexus 2 out of the bag for the first time, it is in all-round mode. The kite then has a good depower and a nice pull. If you want to cruise on your Twintip, the Nexus 2 has a better hangtime in this setting.

Freestyle mode
When you put the kite on the freestyle position, the Nexus 2 turns a bit more into a C-shaped-Kite, so you get a constant power in your kite. The Nexus 2 has an increased stability in the wind window, so that you can do your freestyle moves with ease.